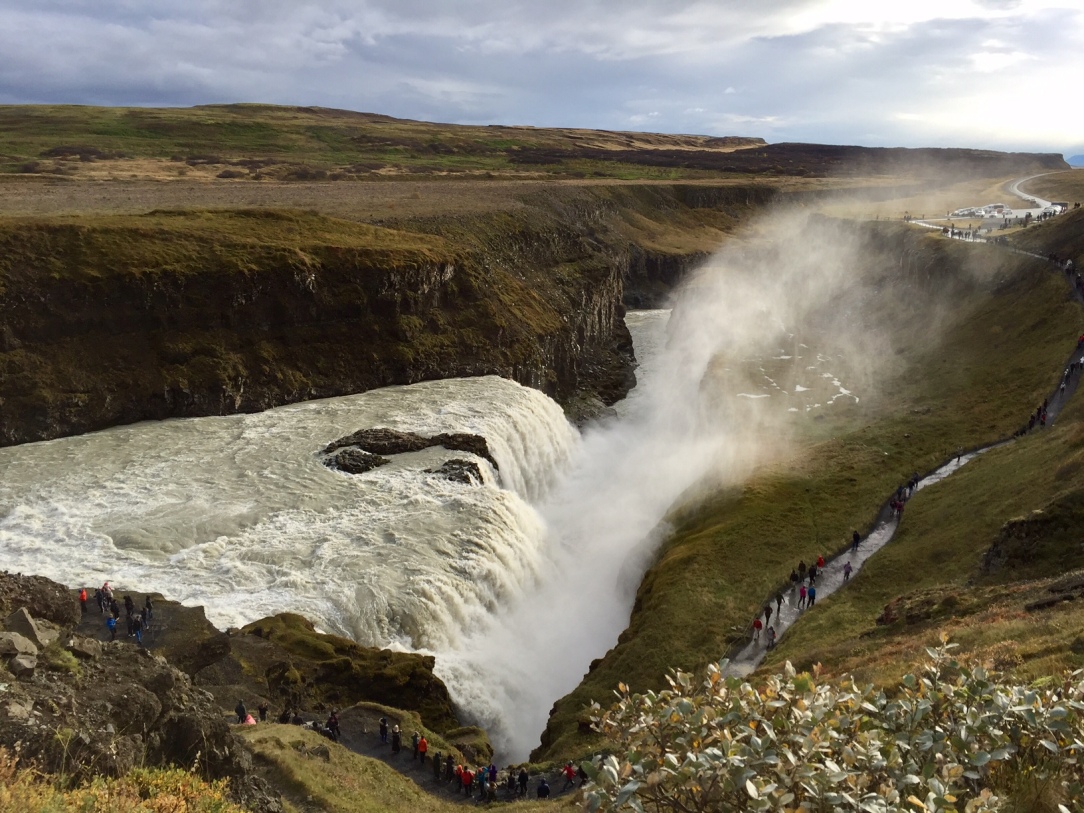 By balancedmissbailey in Travel on October 11, 2017
No comments

For those of you who don’t know, the Golden Circle is a popular tourist route in southern Iceland, covering about 190 miles looping from Reykjavík into the southern uplands of Iceland and back. It is the area that contains most tours and travel-related activities in Iceland. The three primary stops on the route are the Þingvellir National Park, the Gullfoss waterfall, and Geysir. If you don’t have a ton of time in Iceland, this is a really good way to see a few really, really cool things in one big loop!

Golden Circle Stop 1: Drive to Þingvellir National Park for Snorkeling Adventure
We got up super early this day (maybe around 7am, which felt like 3am since we weren’t exactly adjusted to the time difference yet) and drove straight to Thingvellir National Park, which is the first stop on the famous Golden Circle. We knew that we didn’t want to just walk around the park and wanted to do something that would immerse us in it a little bit more, so we did just that. We booked a snorkeling trip through Arctic Adventures and went snorkeling in between the North American and Eurasian Continental Plates, and it felt like something straight out of Pinterest. I will give a fair warning: the water is absolutely freezing and it is not comfortable. You are in the water for about 40 minutes. It is 35 degrees, and you are in a dry suit, but your face (and hands) are not entirely covered, so you will get wet and be freezing. Your face will go numb within about three minutes which definitely helps because you can’t feel the pain, but I just want to put that out there in case that’s not something you’re cool with! It was definitely a once in a lifetime experience swimming between the tectonic plates, and the canyons and rock formations underwater are simply amazing – there are no other words for it. This was maybe one of my favorite parts of the entire trip. After the snorkeling part is over, we walked back to the bus and had hot chocolate and cookies to warm up before changing out of our suits, getting in the car and moving on to the next stop in the Golden Circle. 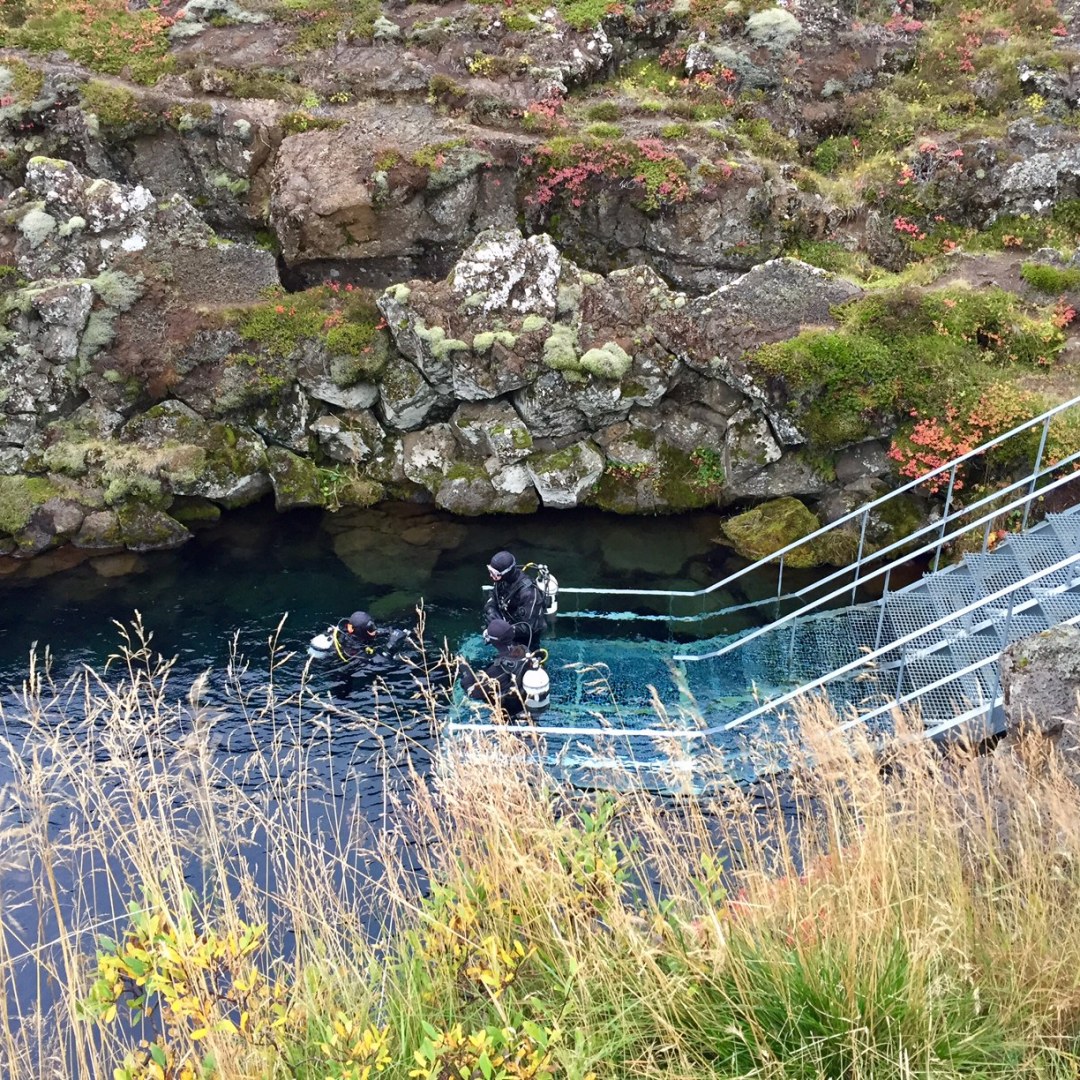 Stop for Lunch: Friðheimar (Tomato Greenhouse)
Alright. If you follow me on Instagram, you know that this was my favorite place ever. There is this stunning greenhouse off the side of the road that grows primarily tomatoes. The greenhouse uses 100% renewable energy; hot water from the local hot springs is transported to the greenhouse through pipes and is still around 200+ degrees Fahrenheit when it arrives at the greenhouse! The internal climate is perfectly controlled for a temperate, pH level, humidity, light and various other factors. Additionally, 600 bumble bees (imported from the Netherlands) help pollinate the tomato plants, and no pesticides are ever used since there are no pests indigenous to the area. Anyways, that’s enough of a science lesson for today, but this place was incredible. They only have about 5 things on the menu, and they’re all tomato based! Also, if you’re a fan of Bloody Mary’s, this is your spot J they are best known for their homemade tomato soup. They have an unlimited buffet with their fresh, warm bread served with their homemade tomato soup with toppings such as cucumber salsa and sour cream. Each table had a basil plant as its centerpiece, with scissors attached to each plant so that you could cut your own fresh basil to add to your meal. Just look at the pictures and see for yourself how insanely dreamy this place was! Tip: I would definitely make reservations, as it got pretty crowded while we were there. You can shoot them an email to make a reservation! 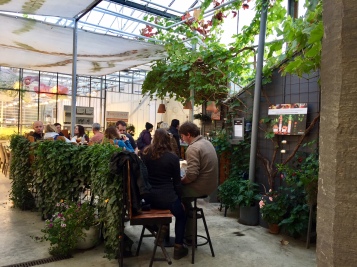 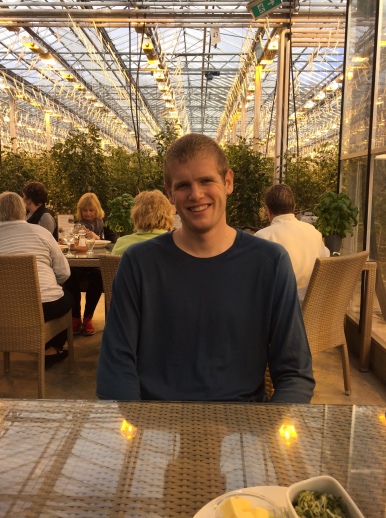 Golden Circle Stop 2: Drive to Geysir
Geysir is the second stop in the Golden Circle! For me personally, this was my least favorite thing we did, and I think Charlie agrees. While seeing a Geysir is definitely cool if you haven’t seen one before, this place was by far the most crowded. It was FILLED with tour buses and people standing around taking pictures. We stayed here for about 15 minutes, waited for the geyser to shoot out of the ground, then got back on the road. 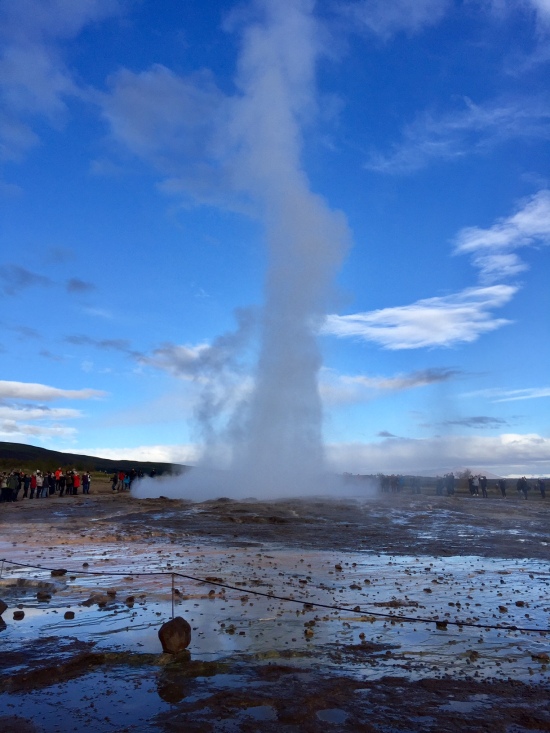 Golden Circle Stop 3: Gullfoss
You guessed it! Gullfoss was the third (and last) stop on the Golden Circle. Gulfoss is a huge waterfall, and the most powerful one in Iceland. Enough water falls from it that it could fill up 60 tanker trucks per SECOND! Like, what?!? We stayed at this waterfall for a good amount of time because I wanted to see it from every angle. You can go down this big set of steps and walk right up to the waterfall (from the top of it) and hear/see just how powerful it really is. This stop was definitely pretty touristy, but it was beautiful and a must-see nonetheless.

Back to Reykjavik!
From here, we drove back to our Airbnb, which was about a 1 hour and 40 minute drive.

Cancelled: Northern Lights Tour
We had booked a Northern Lights Tour through GetYourGuide.com, but unfortunately, we found out a couple of hours beforehand that it was cancelled because of the cloud coverage. The way the tour works, though, is they pick you up around 9:30 or 10:00pm and drive you around on a bus for ~4 hours chasing the Northern Lights. They’ll take you to remote areas looking for the best break in the clouds and the best view of them. It was a huge bummer that it was cancelled, but we were happy that we got to see the lights the night before, so we weren’t too disappointed! We had a fun night nonetheless 🙂

Dinner: Sushi Social
By the time we got back to our Airbnb, it was already around 6:30 or 7pm, and we were very hungry from a long day on our feet. We went to this really cute, trendy restaurant with amazing cocktails called Sushi Social. It might sound weird to go to a sushi restaurant in Iceland, but as I mentioned before, the fish in Iceland is AMAZING so this was some of the best sushi I’ve ever had. In fact, Charlie and I both agreed that this was actually one of the best restaurants we’d ever been to before. We ordered the “Simply the Best” and every single thing we had was just insane. It started with a “Lobster Cigar” with chorizo, dates and chili jam. Then came two sushi rolls, followed by beef tenderloin and another amazing Skyr-based dessert (we swapped the dessert it came with for Skyr, because we loved it so much!) I also had the best cocktails ever at this place – a ginger/rosemary/orange margarita, and a mango mojito made only from fresh mango puree, rum, lime and mint.

That’s it for Day 2! Stay tuned for the last leg of our trip 🙂

Hi friends, I'm Bailey! Thanks for visiting my health & wellness blog. A few years ago, I started my journey onto a healthier lifestyle, and now I've created this space to share my journey with you. A few things you should know about me before you read any further: I'm obsessed with my dog Lacey, margaritas, coffee and tacos. View all posts by balancedmissbailey 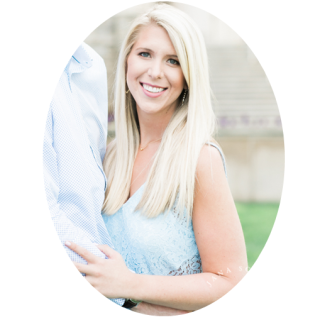 Hi friends, I'm Bailey! Thanks for visiting my health & wellness blog. A few years ago, I started my journey onto a healthier lifestyle, and now I've created this space to share my journey with you. A few things you should know about me before you read any further: I'm obsessed with my dog Lacey, margaritas, coffee and tacos.